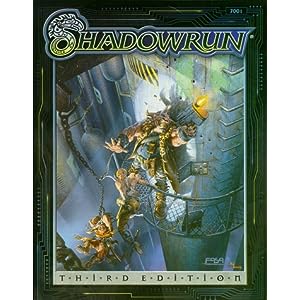 So we made our characters the night before, grabbed gear and approval from the GM yesterday day and ended up having a lot of fun, I ended up being the thinker and planner and it worked.  We had to grab some scientist and make sure his work could not be found at the corp he was "working" for.  We stole a Doc Wagon truck from the repair facility and went at it, we had a bump in the road (another team was grabbing him at the same time) but it all worked out--for us that is.

Made some money no one on the team died and we almost used some of the bums in Seattle as a diversion, I said almost.
*sigh* Good times, good times.
Posted by Unknown at 7:40 AM