As I mentioned previously we have a few things for 2013:
The Awakened anthology, some great and talented authors based in a setting created by me
Bluffside for C&C, converted and expanded for summer (I hope) 2013, it will be an official TLG book
Possibilities: A graphic novel based in the world of The Awakened
A few Kickstarter projects for Pathfider
Extreme possibilities: A boardgame to be released on Kickstarter
A second Awakened anthology
Some conversions of some great product for C&C by a few companies but brought together under one roof (more to come soon on this).

2013 seems very bright in the writing/game design field for us! 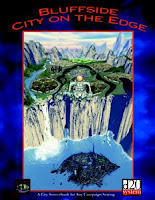