Happy New Year!
I should have a few projects coming forward to attack your pocketbook.
We started a new company Samurai Sheepdog and will have some items get released through it.
A few pdf's for C&C, the first one will be released around March 1st and is Interludes: Brief Expeditions to Bluffside.
I will have the print version of Bluffside made for C&C by TLG themsleves.
I will have my anthology for the setting The Awakened released.  Authors to be announced soon.
A few other possibilities are board games, a children's book and hopefully more!

Hope you have a great and productive 2013. 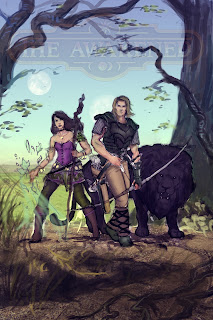